For several years, I’ve maintained what I believe to be a fairly comprehensive list of woodwind doublers’ homepages. I’ve been scouring the web lately for the homepages of woodwind players of all kinds, and have put together several new lists from what I’ve found. Now you can browse lists of:

It’s hard to argue with free lessons from some of the finest players around. Here’s some of my favorite woodwind YouTubeage:

Tom Ridenour is, if you ask me, an honest-to-goodness genius: a master teacher, a clarinet maker and mouthpiece maker, an author, and an inventor. His videos are entertaining and very enlightening. Some deal with playing technique, and some deal with mouthpieces, reeds, or instruments. Here’s one to get you started, but check out the whole collection here.

In March I blogged about this promotion from Rico reeds. I’m pleased to report that, after sending this motley crew of rejects off to Rico… 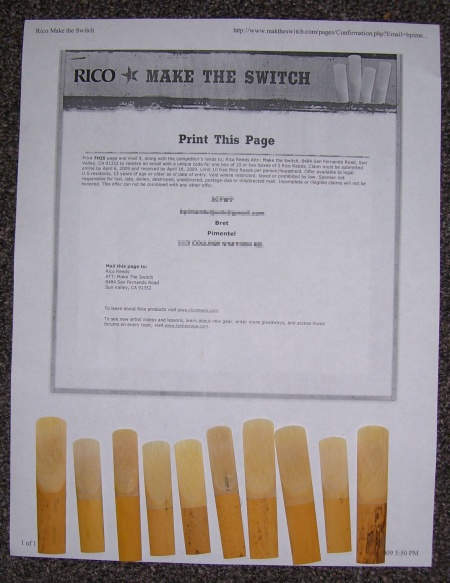 …I got these in the mail, at absolutely no charge. 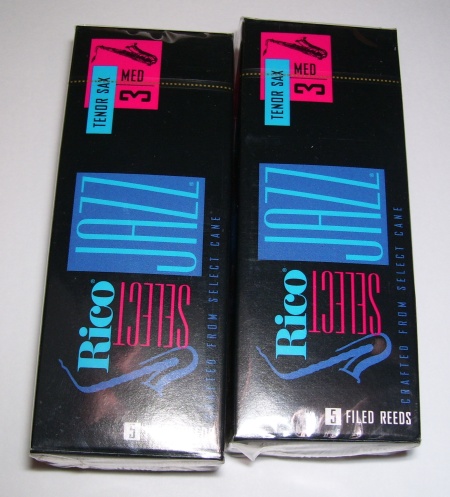 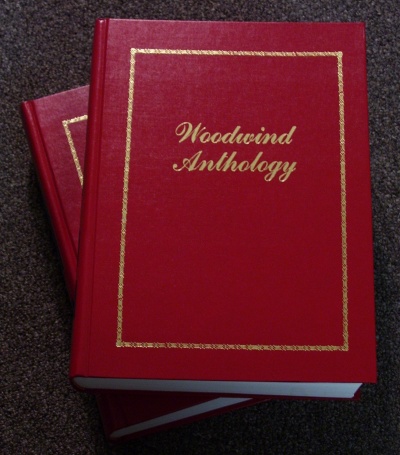 I recently got my own copy of The Woodwind Anthology, a massive two-volume collection of articles from The Instrumentalist and Flute Talk magazines. I’ve used this anthology from various university libraries throughout my  long college education, and found it to be a go-to source for pedagogy classes and comprehensive exam preparation.

Inexplicably, Instrumentalist is selling these right now for $37 for the set. Check it out here. The shockingly low price makes me wonder if this has gone out of print. If you’re interested, I suggest ordering soon. 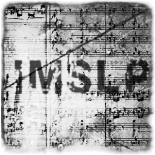 This is a fantastic resource for finding older editions of woodwind solo pieces, chamber music, and orchestral parts.

This is an interesting promotion from Rico Reeds. Send in 10 of your rejected non-Rico reeds and get 10 Ricos of your choice, either a box of 10 or, it seems, possibly two boxes of 5. I have claimed my mail-in coupon online and will be sending off some reeds shortly. I considered waiting until the deal was done before blogging it, but you have to obtain your coupon by April 6, so I figured it was worth giving the early heads-up.

I haven’t used any Rico products in a while, but I’ve got no shortage of rejects among my current favorite brands, so it seems worthwhile to get some freebies to try out.

I’ve been reading The Woodwind Player’s Cookbook, published last year by Meredith Music and edited by Charles West. It’s a collection of 57 pedagogical essays by a pretty impressive roster of woodwind folks. You can download the table of contents here to see the authors and titles.

Most of the articles deal with technique fundamentals on specific instruments, which should make this book valuable to school band directors, but it also works quite well as a handbook for woodwind doublers; in fact, there are several articles that deal specifically with doubling, by Mike Duva, James Nesbit, Elsie Parker, and Albert Regni.

If you are a classically-trained woodwind player, playing into a microphone might be a new experience for you.

A rock band that I play in (flute and saxophone) does a lot of shows in small clubs and bars, and the sound guy (or girl—I’m using “sound guy” from here on out, with gender-neutral intent) is usually used to miking vocals, guitar amps, and drum sets, and may or may not know what to do with a woodwind instrument. I can often help things along, and make sure the band and I sound our best, by coming armed with a small amount of knowledge.

Here are some basic tips for looking and sounding like you know what you’re doing. I’m assuming here that you’re not doing anything fancy gear-wise (there are plenty of options if you want to buy a clip-on mic), just showing up with your instrument and using the venue’s basic sound equipment.

I recently got a copy of the 1984 Tito Puente disc El Rey. I’m sorry to say I wasn’t familiar with the names of any of the other musicians on the album—everyone sounds absolutely incredible—but I was blown away by the flute and tenor playing of Mario Rivera.

A quick Google search later and I can see that the late Mr. Rivera ranks among the heavies of Latin Jazz, and I have been missing out on his playing before now. Pick up a copy of El Rey and check out his virtuosic charanga-style flute playing (on Puente’s Oye Como Va, for example—that’s right, Tito Puente wrote it, not Carlos Santana) and some really tasty tenor sounds, too (check out the Latin cover of Giant Steps).

Or, surf on over to YouTube for some videos from a Bern Jazz Festival appearance. Hear some breathtaking baritone  playing, some really nice flute duets (not to mention piccolos, timbales, and scat) with Dave Valentin, and, if that’s not enough, Rivera on vibes and even trumpet(!).

Italian pianist Marco Ciccone has done a new orchestral transcription of the Paul Creston saxophone sonata. I haven’t heard it, but I got email from Mr. Ciccone about it and thought I would pass the word along.

The score and parts (you have to provide your own saxophone part) are available here in PDF format, presumably for a limited time, as the arrangement is slated to be published soon. [Update: looks like this is no longer available.] According to the “warning” document, there are some restrictions on performances made with the free parts, but in any case it seems worthwhile to download the score and check it out. Instrumentation is eight woodwinds, five brass, two percussion, strings, and, of course, alto saxophone solo.