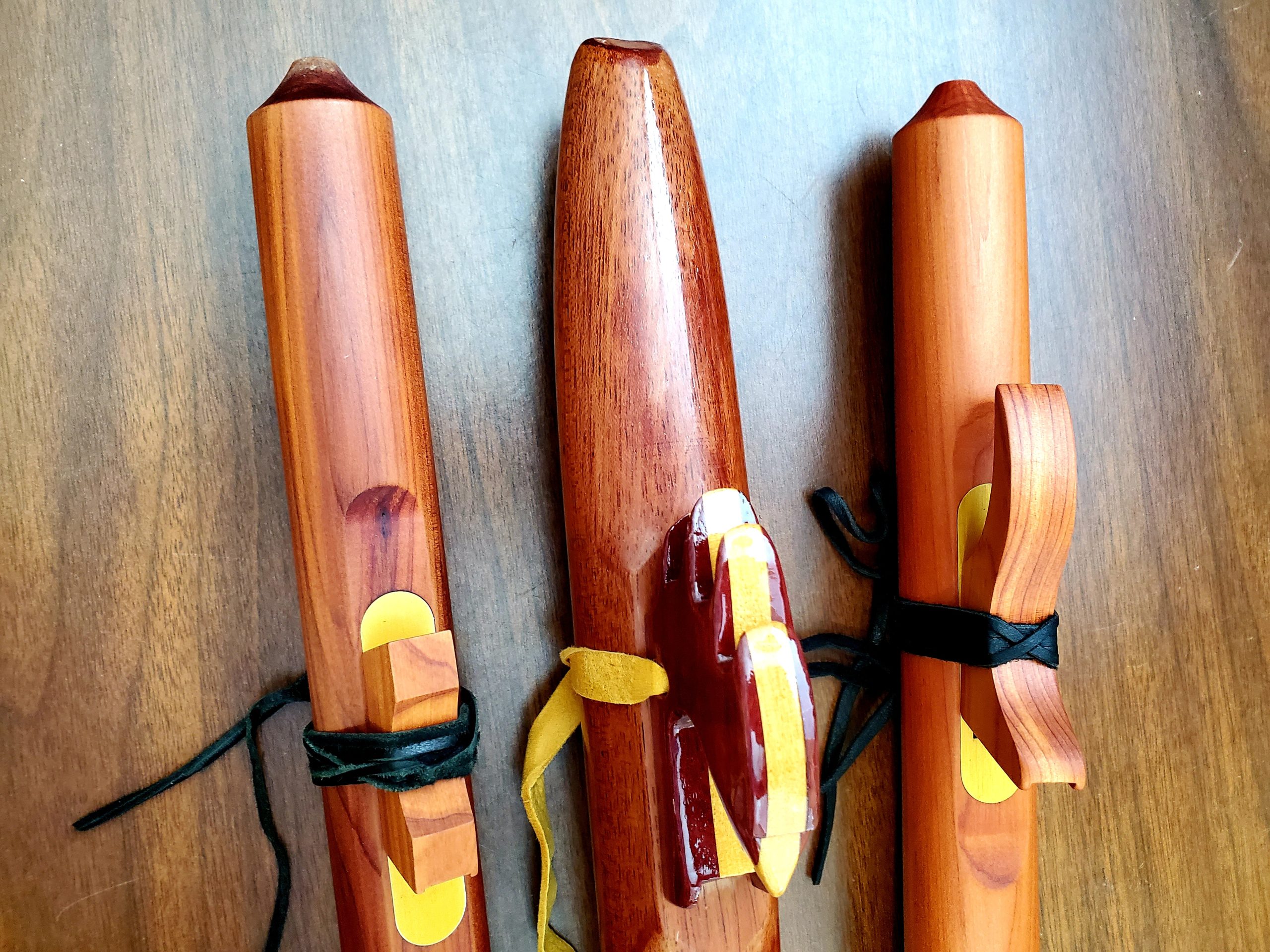 My doctoral dissertation is now available online through the University of Georgia library:

Woodwind doubling on folk, ethnic, and period instruments in film and theater music: Case studies and a practical manual

It was completed in 2009 so some things are already out of date. Also, lately I’m trying to steer away from the term “ethnic” instruments (“world” instruments seems slightly less problematic until I can find a better solution).

Woodwind doubling is the practice of playing instruments from more than one woodwind family. In musical theater and film music, woodwind doublers are valuable for their ability to produce the sounds of a varied woodwind section for a fraction of the cost of hiring a specialist musician to play each instrument.

Since the 1990’s, composers and orchestrators in musical theater and film scoring have shown increased interest in instrumental sounds from outside the traditional symphony orchestra. Many have featured folk, ethnic, or period instruments as solo instruments, bringing authentic sounds to scenes set in faraway locations or historical periods, giving an exotic flair to fictional locales, or simply adding new colors to the usual palette of instrumental sounds.

Composers of film and theater scores have used ethnic woodwinds, in particular, in their scoring. To meet the demand for ethnic woodwind sounds, many prominent woodwind doublers on Broadway and in Hollywood have adopted these instruments, in addition to their usual arrays of modern Western instruments.

Eight folk, ethnic, and period woodwinds recently employed in film and theater scoring have been selected for study in this document: bamboo flutes (especially the Indian bansuri and flutes used by some flutists in Irish traditional music), the Chinese dizi, the Armenian duduk, the Native American flute, the panflutes of Romania and South America, the pennywhistle, the recorder, and the Japanese shakuhachi.

For each instrument, a representative example of use in theater or film music has been selected and transcribed from a commercial audio recording. Each transcription is discussed with emphasis on demands placed upon the ethnic woodwind musician. Additional discussion of each instrument includes suggestions for purchasing instruments, fingering charts, description of playing technique, description of instrument-specific performance practices, discussion of various sizes and/or keys of each instrument, discussion of instrument-specific notation practices, annotated bibliographies of available pedagogical materials, lists of representative recordings (including authentic ethnic music and other music), and information on relevant organizations and associations of professional or amateur musicians.

Read the full text at the UGA library website

For years now I’ve told anyone who will listen how much I love my Butch Hall Native-American-style flute in F-sharp minor. I recently bought it a little friend in G minor, and realized it is high time I did a proper review of these lovely instruments.

The modern instrument commonly referred to as the “Native American Flute” is related to a certain flute tradition associated with the Lakota people; of course labeling anything as “Native American” mistakenly implies that it is common to all the groups lumped together as “Native American.” As an additional complication name-wise, there are certain legal requirements regarding who can sell products under the designation “Native American,” so some flutemakers, for example, must sell their wares as “Native-American-style.” In general, flutes of this type, regardless of seller, are a contemporary take on a traditional instrument, often made with modern tools and processes and tweaked to suit contemporary Western-world pitch standards. This suits me just fine—I’m interested in the instrument’s history, but as a working musician I like an instrument that I can buy affordably and play in a variety of situations.

If you are in the market for an instrument of this kind, be very careful about souvenir-type flutes, including some popular makes sold on the internet and in souvenir shops as “professional” instruments. If you want an instrument that plays beautifully, easily, and in tune, and is genuinely suited to professional playing situations, I strongly recommend that you send money to Butch Hall immediately. These are real-deal musician-quality flutes, and the amount of money involved is shockingly small.

I try not to just dump lists of links very often, but here are a few fun items that didn’t warrant their own full posts: