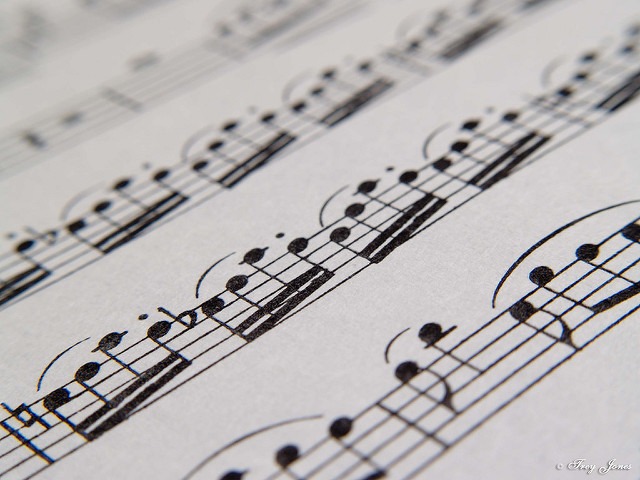 As a new undergraduate music student I was often frustrated by my teachers’ attempts to get me to “interpret” music.

I would play something, and my teacher would stop me and ask me to play it louder. I would play again, but this time it was too loud, too slow, too fast, too staccato, not staccato enough.

I didn’t understand yet the purpose or the process behind musical interpretation. My teachers seemed to have excruciatingly specific ideas about how each and every note of the piece should sound. I couldn’t wrap my head around how they were making these seemingly arbitrary decisions, or how they expected me to guess correctly what they were thinking.

To be fair to my excellent teachers, there’s a strong chance that the problem was on my end, not theirs. But here’s what I wish I would have understood at that point.

Here are just a few examples of things in a piece of music that might need interpretation for the audience’s benefit:

You might spend months getting to know the piece, but your audience might be hearing it for the first time. You need to point out the important things to them, so they hear the story, not just a bunch of notes.

When you speak, you offer a variety of clues about how to break up what you are saying into comprehensible chunks. You probably do it without thinking much about it, but it involves things like the pitch, volume, and speed of your voice. To interpret music, you use similar tools: you might demonstrate that a musical phrase is ending by slowing down a tiny bit and bringing the volume down. Or you might help the audience hear what you believe is a warlike quality in a certain passage by using bombastic accents and a strict, military-inspired tempo.

All of this requires you to have opinions about the music. Two tour guides might give different tours of the same place, because they have different opinions about what is interesting or important—they are each interpreting. You might personally enjoy one tour more than the other, but it doesn’t mean either is wrong.

Your interpretation of the music should be based on synthesizing lots of factors. One of the most crucial ones is hints from the composer, so pay close attention to any markings or words the composer uses. (Sometimes they are in a foreign language—it is your job to find out what they mean.) Your interpretation might also be informed by tradition: maybe there is some broad consensus among performers of the piece that it should be played a certain way. That doesn’t mean 100% that you have to go along, but it’s something you should think seriously about. If you are collaborating on the performance with other musicians, you’ll need to work out some agreement with them about various aspects of interpretation.

If you think all of this sounds difficult or complicated, you aren’t wrong. But if you understand what musical interpretation is and why it’s important, you can start to absorb your teachers’ interpretive ideas in a more meaningful way. You can listen to recordings of great performers and steal their interpretive ideas (this is allowed, and even encouraged!). And you can start to use what you have been learning in your music theory and music history classes as fuel for your own interpretive decisions.

As a brand-new freshman music major I was content with my performance if I played the right notes at the right times. That’s important, but it falls pretty far short of the satisfaction and achievement of a meaningful musical interpretation. Keep at it!

1 thought on “What does it mean to “interpret” music?”