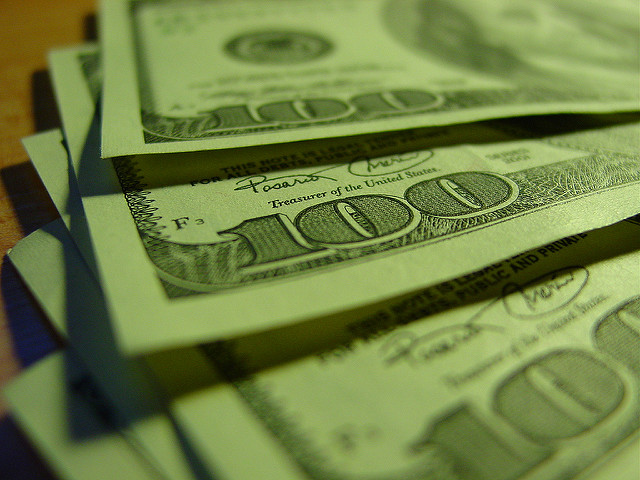 It’s scholarship audition season again, which means I get to meet and listen to some very nervous high school seniors (and community college sophomores).

My university is a small regional one, so our audition process probably isn’t as intense as some of the big name-brand music schools. If you’re preparing for an audition, you should definitely check in with that school to see what they expect, but here’s what I usually hear auditionees play, and what I’m thinking while I listen.

I’ll likely ask to hear major scales in two or three keys, and maybe a chromatic scale as well. Generally top scholarship audition winners are ready to play all twelve, but if a prospective student only knows some of them then those are the ones I want to hear. They should be played in as many octaves as are practical for the instrument (or full range!). I don’t care much whether they are tongued, slurred, in some particular rhythm, etc. I do care that they are played evenly and with control, even if that means they are on the slow side. Fast and sloppy does not earn any scholarship dollars.

What I’m ultimately looking for is evidence of a disciplined, methodical approach to learning the instrument and its fingerings, throughout the instrument’s standard range. A student who has laid this groundwork probably has the dedication and practicing-related skills to succeed in college-level music studies.

I prefer to hear something somewhat technical/notey plus something slower and more lyrical. It doesn’t matter to me whether it’s, say, two different etudes, or one repertoire piece that has elements of both.

In the more technical passage I’m interested in seeing evidence of ability to deal with lots of musical information at once: notes, articulations, alternate fingerings, etc. What this really boils down to is preparation—getting a relatively complicated piece into muscle memory. Again, I’m not especially concerned that the tempo be fast; if the student plays something polished and poised at a slower tempo then I know they will be capable of working the tempo up later.

For the more lyrical excerpt, I’m listening more specifically for musical thinking. Can the student join notes together into phrases, in at least a basic way? Can they execute dynamic changes and contrasts in a way that feels integral to the melodic line? Can they demonstrate fine control and beauty of tone?

Students who have had prior private lessons, or at least some good direction from a school band director, typically show up with etudes and/or repertoire from the instrument’s standard canon. That isn’t strictly necessary for purposes of evaluating students’ potential, but it does show that they have some idea of what they are getting into. Pop tunes or parts from their school concert band or marching band aren’t really appropriate, but if that’s all a student has then that’s what I’ll listen to. (I usually follow up with some questions to make sure they are clear about the nature of the degree program.)

Lots of auditioning students seem to regard sight reading as some kind of trap, like I’m trying to trick them into playing wrong notes so I can deny them a scholarship. But what I’m really interested in is seeing what approach they take to something new: are they able to count out rhythms, follow key signatures, and make some educated guesses about interpretation? Or do they seem to depend on someone else to teach them the rhythms by rote and remind them each time they play a wrong pitch? I have occasionally had students who are very good at executing something learned by rote or by ear—and these are valuable skills—but I need to verify their ability to read music. Substandard reading isn’t necessarily a dealbreaker if they show strong abilities in other areas, but I (and they) need to know what they are up against.

I always ask auditioning students about their practice habits, since the number of weekly practice hours required for college-level success can be surprising and overwhelming to incoming students. This isn’t really about me awarding scholarship money for being a good practicer—it’s about making sure the student is clear about expectations and shows willingness and enthusiasm for some hard work.

When I listen to an audition I’m acutely aware that this person is potentially someone I will spend many one-on-one hours with over the next several years, and I would like for that to be a pleasant experience. Factors like manners, dress and grooming, and communication skills aren’t part of what I am formally evaluating, but they do hint at what the student would be like to work with. I don’t have specific protocols or dress codes I expect them to adhere to, but I’m looking for some clues that they take the audition process seriously and want to lay groundwork for a positive student-teacher relationship.

I hope that helps. Good luck!

1 thought on “What I listen for in scholarship auditions”