And of course these fingerings work in any octave, which is not always the case with “real” woodwinds. I have arranged them octave-wise here in ways that will mostly look familiar to woodwind players.

Left E-flat
Borrowed from: oboe, some clarinets
In the example, prevents having to “jump” the right pinky from one key, over another, to another.

Right B
Borrowed from: clarinet
Similar to the sensation of using the clarinet’s right B(/E) key, but in this case you must use the right pinky to press two keys at once. In the example, this allows you to keep the movement in one hand, rather than having to coordinate both pinkies.

Side C
Borrowed from: saxophone
Useful in chromatic passages and trills for avoiding the left index-middle flip-flop. 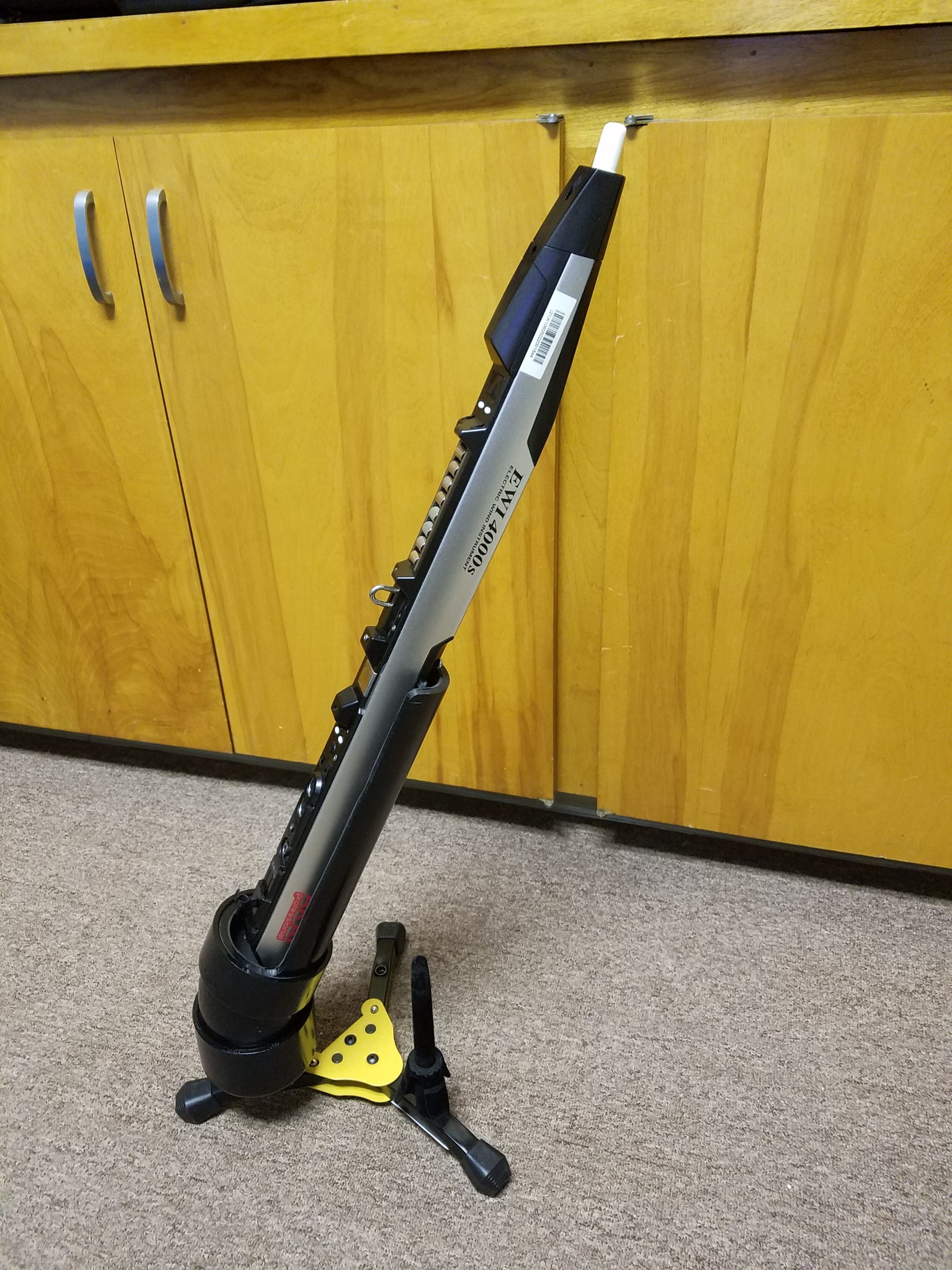 I’ve been working on a little Baroque repertoire on the EWI in preparation for an upcoming recital. It’s not especially common to play recital-type music on wind controllers—they are far more often used in jazz and popular styles—but I think the instrument has great potential for “classical” performance. (I mean “classical” here, and throughout this post, in the record store sense, not in the more specific musicological sense.)

My EWI is customized with the really excellent Patchman soundbank which seems to be more or less de rigeur for EWI players. It has 100 different sounds designed especially for wind controllers. But it has been difficult to find sounds that work well for me for the music that I’m trying to play.

Before I continue, I should pause to point out that I’m not at all criticizing the Patchman bank, which I’ve unabashedly recommended to everyone I know. These sounds are fantastic. And really, some of the ones that seem worst-suited to this particular application are some of my favorite ones that I’ve used in other situations.

There are also plenty of additional sources for sounds. I personally like the convenience of on-board sounds, rather than plugging into external modules or a laptop, though those are certainly viable options. I also am personally uninterested in playing sampled or acoustically-modeled sounds that attempt to mimic the sounds of “real” acoustic instruments; I want to play a synthesizer as a synthesizer, not as a substitute for something else.

So I’m looking for good synthy sounds that align with the aesthetics of classical performance. But many of the sounds that work really well for other styles of music have features that don’t fit classical music ideals of wind playing. For example, some of the sounds:

I recently posted a video of Jeff Kashiwa demonstrating the Akai EWI4000s wind controller. As part of his demonstration, he plays a movement from one of the Telemann Canonic Sonatas (well, sort of an arrangement of one).

The Canonic Sonatas are duo sonatas, with both musicians playing from the same part. (You can download free sheet music of the Canonic Sonatas from the IMSLP.) The first player begins, and the second player echoes, one measure behind. If you have ever sung “Row, Row, Row Your Boat” as a round, then you already understand how this works.

Jeff Kashiwa plays the Allegro movement from the first Canonic Sonata all by himself, playing the first part on the EWI and using a delay effect to create the second (echo) part.  Here’s the video again—it should start playing about a minute and a half in, and the Telemann goes until about 2:40.

After the 2:40 mark, Mr. Kashiwa uses more sophisticated looping techniques, using some kind of external device. But you can perform the Telemann duet without any extra hardware, using only the EWI4000s’s onboard synthesizer.

Some of my favorite EWI videos. Enjoy!

Jeff Kashiwa explains and demonstrates the Akai EWI4000s to an appreciative audience. A little loopstation fun, with some Telemann and then a smooth-jazz tune.

EWI specialist Bernie Kenerson does cool stuff with an EWI hooked up to a vocoder.

“Forked” fingerings, in which a lower tonehole is closed while one above it is open, often produce somewhat inferior results—notes that are mismatched in timbre and/or intonation. (Some modern woodwinds use special mechanisms to correct for this, such as the F resonance mechanism on a high-quality oboe.)

We can consider the individual EWI keys as having individual functions, rather than being inherently interdependent. For example, pressing none of the keys produces a C-sharp:

Adding any key will alter the C-sharp pitch by a given amount:

But that is only one possible combination. I could also produce a G with, for example, LH 1, LH 2, and RH 3. Or LH 3, LH pinky 2, RH 1, and RH pinky 2. These fingerings would be extremely unlikely to work on a traditional woodwind, but with the EWI the possibilities are wide open. As long as the total pitch change adds up to -6 (and accounting for any of the listed exceptions), you get a G.

I recently got my hands on one of these: 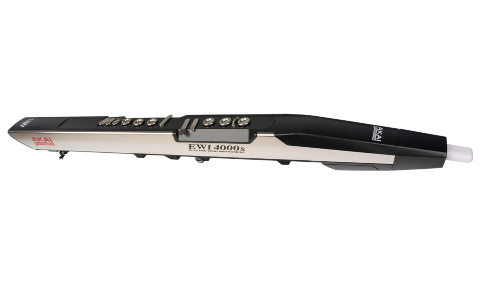 Believe me when I tell you that this is a seriously cool instrument.

Even after hearing and reading a number of rave reviews of the Akai EWI 4000S, I was pleasantly surprised by its playability, responsiveness, and capacity for expression. In my opinion, this is a real instrument, and a viable option for serious music-making.