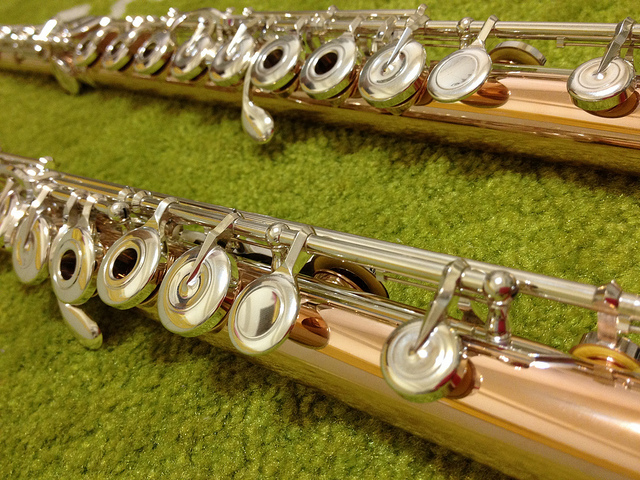 If you are considering buying the newest, hottest instrument, accessory, gadget, etc., it’s worth asking yourself a few questions:

You should use the instruments that work best for you. If precious metals and fragrant exotic woods make you happy and you can afford them, then you should have them. But be careful not to get caught up in a sales pitch that is more about bling than about real benefits.

Welcome to the second installment of the Internet forum field guide, a look at the inhabitants of the various woodwind-related message boards, forums, and email lists. (Read the first chapter here.) Today we will examine how the indigenous wildlife deal with conflicts.

One of the most common sources of conflict is the introduction of a dangerous threat into the community. It generally starts with an honest question:

Hey guys, just wondering which alloy gives an instrument a darker sound: 93% silver with 7% copper, or 97% silver with 3% copper? Thanks in advance.

Suddenly the herd’s status quo is endangered, unthinkably, by one of its own:

Well, actually, it turns out there’s over 100 years of well-documented, peer-reviewed scientific research that says the material makes no significant difference to the sound of a wind instrument. I know this because I went to the library and read actual books and journal articles about it.

This kind of affront is clearly unacceptable to the community, and they respond swiftly to correct the errant behavior. The alpha male is often the first to weigh in:

I have been playing for 40 years with some groups whose names you think you vaguely recognize, and I say the material does make a difference, so that should pretty much settle it.

He is followed shortly by a rival who will try to discredit the original poster: The New Grove Dictionary of Music and Musicians is widely used by college music students and is regarded by most (for better or for worse) as the unimpeachable source of all musical knowledge. In my studies for upcoming doctoral comprehensive exams, I ran across this in the “Flute” article:

Materials used for the tube and mechanism include nickel-silver, sterling silver, gold and platinum, while the springs are usually of tempered steel or phosphor bronze, occasionally of gold or another metal. The choice of material, especially for the head joint, influences the flute’s tone: wooden flutes produce a rich tone with a very full fortissimo in the lower register; metal flutes produce a limpid, flexible tone with great carrying power and also allow the player very sensitive control over the tone-colour; gold produces a mellow sound while silver is more brilliant. To achieve a combination of these qualities a head joint of wood or gold is sometimes fitted to a tube of silver.

The idea of different materials having different sounds is, of course, seen as conventional wisdom by flutists (and indeed by wind players in general), but it flies in the face of 100 years of acoustical science.

Most woodwind players would be surprised if you asked them whether the material from which their instrument is made affects its sound. Certainly!—most would reply. An inexpensive nickel-plated flute has a tone lacking in character and brilliance, but a fine silver flute sounds, well, silvery! It has a tone that sparkles, that sings, that carries to the back of the concert hall. The most discriminating flutists might opt for the more luxuriant timbres of white, yellow, or rose gold, or even the rare and weighty quality of platinum.

And any self-respecting oboist or clarinetist would refuse to even consider an instrument made of lifeless black plastic. Only the finest aged African blackwood can provide the dark, rich, woody tone that a true artist requires. Bassoonists likewise insist upon bassoons made from the best maple, and preferably treated with a secret-formula varnish, which, like that of the famous Stradivarius violins, is rumored to impart a special vividness and resonance to the instrument’s sound.

And fine saxophones, though most often made from brass and lacquered in a gold color, can be special-ordered in silver or even gold plate, which, saxophonists just know, bestow a unique sonic personality. Some saxophonists are willing to pay a premium for certain hard-to-find French instruments made in the decade following World War II, which are reported to be made from melted-down artillery shell casings, and to have a correspondingly powerful quality of tone.