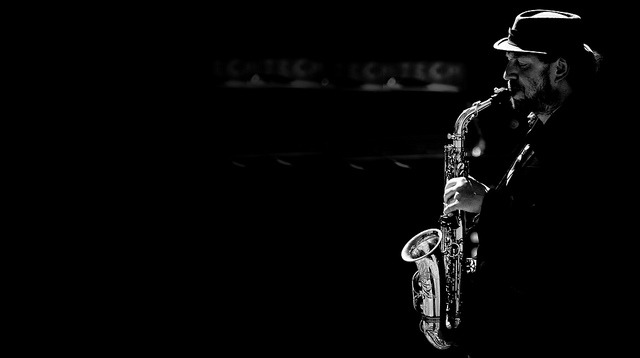 One of my favorite things about being a performing musician is moving in and out of different styles. Recently I’ve performed as a classical, jazz, rock, and blues musician. I’ve been thinking a little about the skills that I associate with each, especially skills that have expanded my musicianship and carried over into playing other styles. It’s too many to name, but here are a few. Feel free to chime in in the comments section with your own insights.

I have college degrees in (essentially) classical music performance. From playing solo repertoire, chamber music, and orchestral music, I’ve had to pursue a disciplined, precise approach to my instruments. I’ve had to try to blend seamlessly into a variety of instrumental textures. I’ve had to try to give every note delicacy and beauty, even when the music is trying to communicate something that isn’t delicate and beautiful. Other aspects of my classical music education involved informing my performance by studying centuries of tradition and history and methods of musical analysis.

I’ve also done a lot of study of jazz. From big band section playing, I’ve had to try to make every note crisp and energized, even in the sweetest of ballads. I’ve had to try to blend into sections that take a wide variety of approaches to style—much wider than I’ve encountered in classical music. I’ve learned to use purposeful imprecision (in a way) by, say, playing a little behind the beat, or being a little more flexible with pitch. I’ve learned to really, really use my ears, transcribing notes and chords and rhythms but also nuances of style. (For jazz players, “transcribing” doesn’t always mean writing something down; it’s copying some or all of a performance from a recording.) And of course there’s improvisation, an art unto itself that many classically-trained musicians never delve into. From that I’ve gained a much deeper, more practical, more useable understanding of harmony. I’ve also gained confidence to play something that isn’t on a page in front of me, and a sense that I can make things work musically even when I’m not sure what will happen next.

It’s not uncommon on a rock or blues gig to play songs that I don’t know and have never heard before, with no fakebook and nobody to tell me what the chord changes are. On some blues gigs, I’ve had to watch the bass player’s fingers to try to anticipate even which key the song is going to be in. That kind of unstructuredness can be terrifying to my classically-trained side, and even my jazz-playing side, which is used to improvising within fairly well-established frameworks. But it’s also freeing and thrilling to play for several hours with no music stand and no agreed-upon set list. Sometimes it means reaching way back into my memory to try to roughly reproduce a rock horn section riff I’ve heard once or twice on a recording, but often it means having to create my part from nothing. The protocols often aren’t as strict as they are in jazz, and I’ve had to learn, for example, that just because I played a fill after the blues singer’s first phrase doesn’t mean the guitarist is going to leave me any space after the next one. And, of course, formal education in rock or blues aren’t nearly as widespread or formalized (yet?) as jazz education or especially classical training, so these are lessons learned on stage.

Every new gig is an adventure. See what you can learn in the concert hall to apply later in a smoky club, or vice versa.