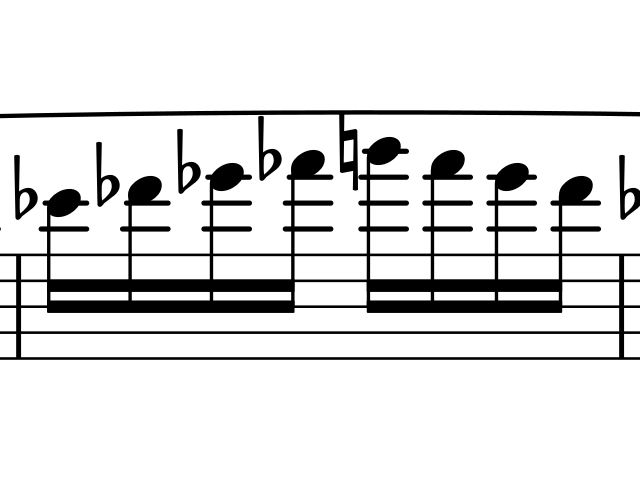 My university students take a scale exam covering all the major and 3-forms-of-minor scales, plus arpeggios, in all 12 keys, memorized. In preparation, I provide them with a scale “sheet,” with all of the scales and arpeggios written out note by note.

There’s a part of my brain that objects to this, since I don’t really want scale playing to be a reading exercise. My students should be able to work out the notes for each scale from several different angles, by using (for example) interval patterns, transposition, and/or playing by ear. And the true goal is muscle memory—the ability to play all these scales on auto-pilot, without relying on any particular thought process.

The scale sheet shouldn’t be a crutch, but can it be helpful? I think it can. Here’s why:

If I’m working on a complicated repertoire piece or étude, I will certainly work from a piece of printed music, even if I intend to memorize it. Besides the printed musical information, the paper (or digital) copy also gives me a place to annotate the music with hints to improve my performance.

A scale sheet can work the same way. It’s not merely for laying out all the notes, but also for marking in:

If you’re not using a scale sheet of some kind, I suppose you could figure out an organized way to write this information in some other document, but it’s hard to beat the convenience of the scale sheet.

As a teacher, I provide scale sheets with the ranges, rhythms, articulations, fingerings, and so forth that I want my students to use. You should produce your own, by hand or with the commercial or free music notation software of your choice. (Hint: use the transpose function to turn one key in to twelve, and minimize the chance of errors.) 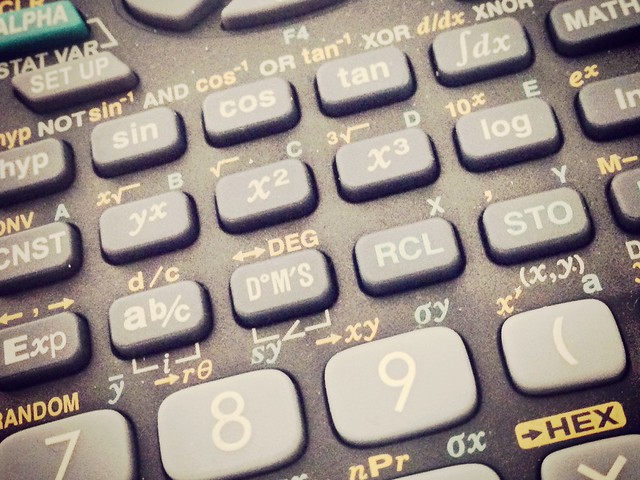 When you practice scales (or arpeggios or, really, any other technical material) it’s not really about the scales. Nobody wants to buy tickets to hear you play scales.

Scale and technical practice develop the fundamental technique you need for doing more interesting things. You don’t learn multiplication tables or French verb conjugations so you can recite multiplication tables or French verb conjugations. You learn them so you can file your taxes or build a Mars rover, or order pastries or read Proust.

The habits you develop when practicing scales—the building blocks of your technique—will be with you in everything you play. So take them very seriously:

Whatever habits you solidify in your scale practice will be infused into everything else you play. A little carelessness with your multiplication tables or verb conjugations can result in a severe fault with your Mars rover’s circuits or a profound misunderstanding of French literature. Get the little things right. 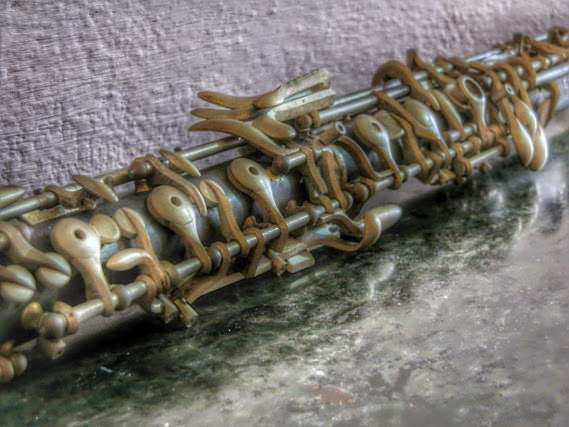 My university woodwind students have to pass a scale exam as one of the requirements to progress in their degree program. They have to be able to play major scales and three forms of minor scales, plus arpeggios, through the “full range” of the instrument, from memory.

Many of my students learned their major scales in their school band programs, well enough to have most of them in muscle memory. But some of them are less familiar with the minor scales.

It can be a little overwhelming to keep track of 48 different scales. With plenty of accurate repetitions my students can get to the point of muscle memory for all 48. But in the meantime sometimes they get stuck trying to remember the right notes for the next scale, or get mixed up and play the wrong one.

I find it very helpful to have a mental roadmap for thinking through the next scale, and especially so if I can relate it to something I already have in muscle memory. My map might go something like this, but there are lots of possibilities:

Another approach that appeals to some of my students is to think in terms of scale degrees: start with the major scale that’s already in muscle memory, and remember that for, say, harmonic minor, you have to lower the third and the sixth.

Having an organized way of thinking through the scales helps prevent the paralysis and overwhelm of trying to conjure up the whole scale from nothing. When my students take their exam, nobody minds if they take a few moments to think before they start playing, but getting stuck mid-scale would be a problem.

As you get better and faster at thinking through the scales, a good way to push yourself is to use a metronome, and limit yourself to a pre-set amount of time before the next scale starts. Maybe a certain number of beats (or, ultimately, zero beats) before jumping into the next one. If that doesn’t go well in the practice space, you know that particular transition is a problem spot, and can reorganize your efforts accordingly.

I recently asked one of my (woodwind) students why she thinks I make her practice scales. She didn’t have a ready answer, and I realized maybe I hadn’t been clear about the value of scales. Here are some reasons to practice scales (and arpeggios, and other methodical technical materials):

As I’ve mentioned before, my university students are subject to a scale proficiency exam. Most arrive at the university “knowing” at least some major scales, but most of them will also have to learn at least a few new ones and maybe put some old ones into a new format.  For their exam, the scales need to be memorized well enough to play three randomly-selected major ones, and three randomly-selected melodic minors.

For some students, there are technical barriers to this:  untrained fingers, insufficient familiarity with alternate fingerings, or tone production issues in extreme ranges. Some also struggle with nerves or other psychological baggage (“I’ve never been good at scales, Dr. P.,”). Even among students who are moving rapidly through advanced repertoire, and have all the necessary facility to play the scales, there are some that find the memorization to be very difficult.

Here are some of the issues that my students have:

My students at the university are subject to a department-wide requirement to pass a scale exam, in which they must demonstrate mastery of major and minor scales. The format of the scales, however, is left up to the individual studio professors.

Most of the studios require scales to be played in octaves, but I prefer a different approach. To the chagrin of my students (oboists/clarinetists/bassoonists/saxophonists), I require that they are played in this format:

So, for example, an oboe student’s E-flat major scale goes like this:

Here is why I insist on full-range scales:

Can you play them…

…in all twelve keys, smoothly and evenly, the full range of your instrument(s)?

…with a beautiful sound on each and every note, and each note right in tune?