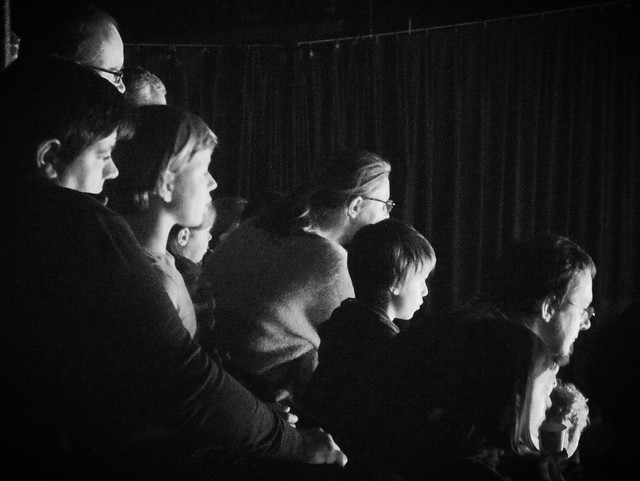 The question of when to permit applause at a classical music performance has already been discussed to death. In summary, some people believe that you should encourage applause only after a complete work is finished, because:

But others believe it’s acceptable to let audiences clap between movements, or even during them, because:

I think neither stance can be fully the “right” one. Perhaps an analogy is helpful:

I could eat dinner at a hamburger joint, or at an innovative Michelin-starred restaurant. These are potentially equally enjoyable and valid dining experiences. At the first place nobody would think it strange if I picked the onions out of my burger, or dipped my fries in some ketchup. At the other restaurant, a waiter might bring me unfamiliar dishes that require some explanation and even instructions in order to experience them as the chef intended.

If I ask the waiter at the casual burger place for instructions on how to eat, I will probably get a strange look. And if I request some ketchup for my avant-garde cuisine, I’ll probably get the same.

Rather than argue over the “correct” way to handle applause at concerts, we should consider what kind of experience we want our audiences (and musicians) to have, and communicate that. It’s okay to encourage people to applaud when they hear something they like. And it’s okay to ask them to remain silent until the end of the program. It’s even okay to ask for silence during one piece, and applause during another.

Audience members may arrive with differing expectations, and nobody wants to feel awkward or annoyed. Help them out. Trust longtime classical music enthusiasts to be open to experiencing music in a less-rigid atmosphere when given permission, and trust your newcomers to be respectful when you explain your expectations in a non-condescending way.

I suggest being clear about your preferred modes of audience feedback, and including these expectations in the printed program and announcing them from the stage at each and every performance. Let’s not put the burden on audiences to somehow know the “correct” way to behave. Let’s use our musical taste and expertise to interpret individual performance situations for them, the same way we select and interpret the repertoire.