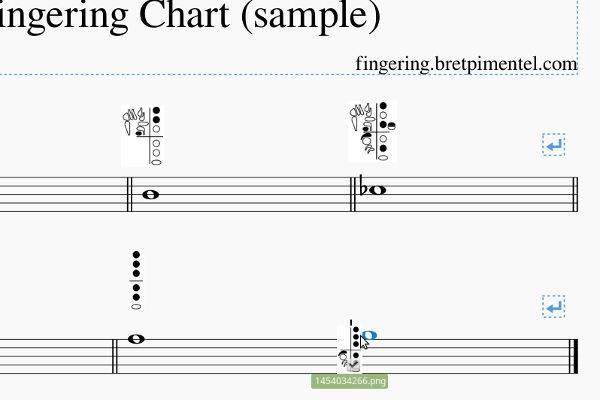 The reason I didn’t try to build a complete system for creating fingering charts is that I assumed users would have widely-varying needs, and would do better to assemble charts using some other kind of software. Here are a few examples of how that might be done, using music notation software, using a word processor, and using a text editor to create HTML code (such as for a website). All the software I’m using here is free to download on Windows, Mac OS, and Linux, but whatever free or commercial programs you are already using probably have similar features. You’re on your own to work out the details (and feel free to share them in the comments if you are feeling helpful).

I am using MuseScore here, but commercial software like Finale and Sibelius and other free software like LilyPond could be used in similar ways.

First I set up a musical “score” with the notes for the chart. I used whole notes, separated by double bar lines, but that’s up to you. 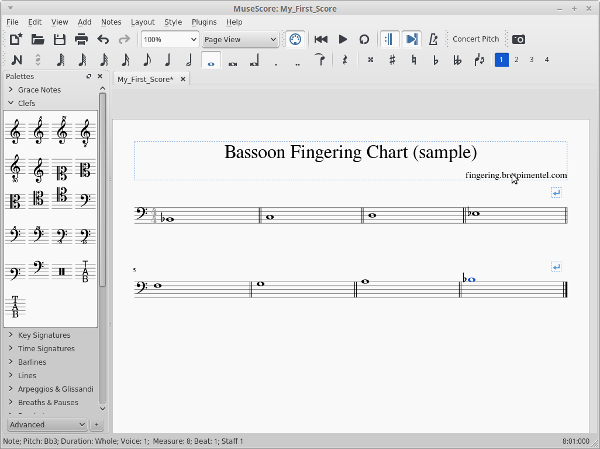 Initially the diagrams are placed right on top of the note. I selected the diagrams and used the Inspector panel to give them a horizontal offset of -2.5sp and a vertical offset of -10.5 sp, which moved them above the staff, more or less centered above the noteheads. I adjusted the A and tenor B-flat fingerings’ horizontal offsets a bit more to make them look just right.

Here is the finished product, a small chart with a few bassoon fingerings: 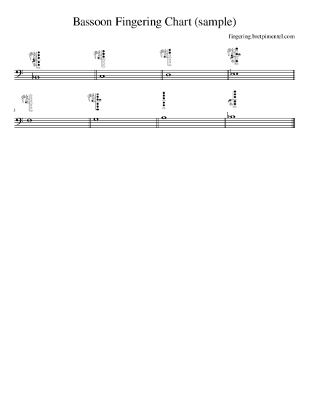 I am using LibreOffice Writer, but something like Microsoft Word or Apple Pages would work just as well.

First I opened a new document and inserted a table. My table has three rows and seven columns. 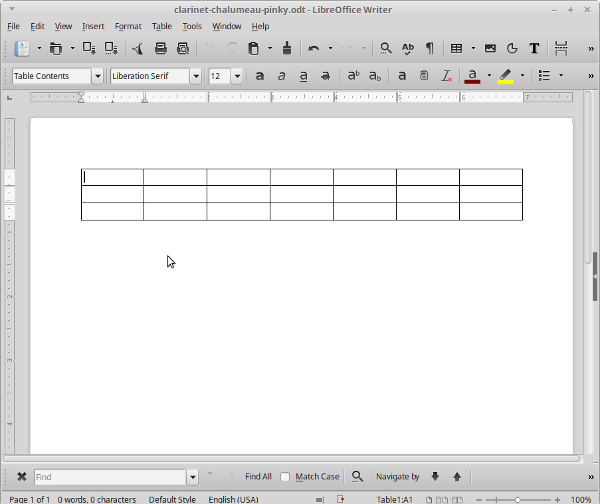 Then I dragged the downloaded diagrams from my file manager into the bottom row of the table. 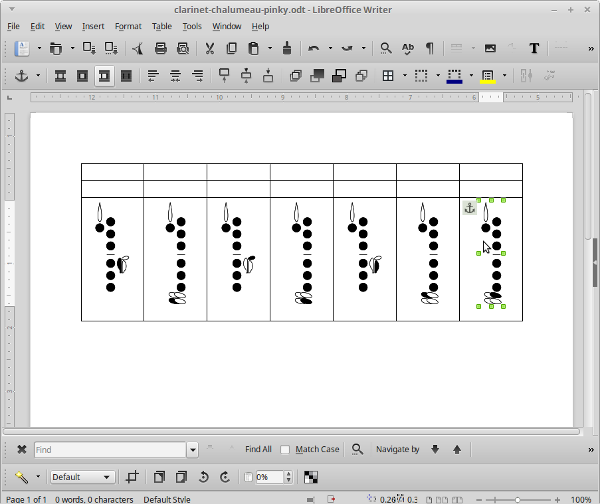 I merged some cells together, dragged in some images of notes on staves, and added some text. 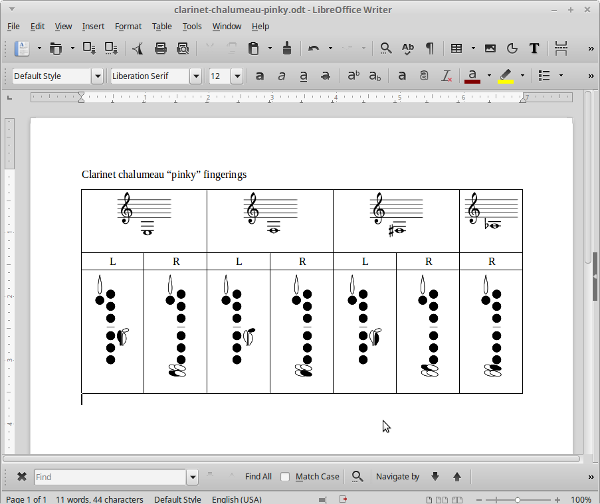 A few more little tweaks and here is the finished chart: 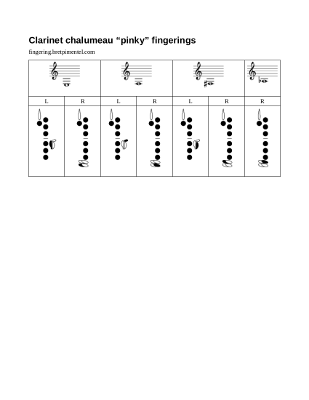 This code be used in any text editor or HTML source editor, and of course similar results could be accomplished with a visual/WYSIWYG editor. I’m not showing complete code here, just the most relevant parts.

Then I plugged in <img> tags and text:

I also added a little CSS to spruce things up:

Here is the result: 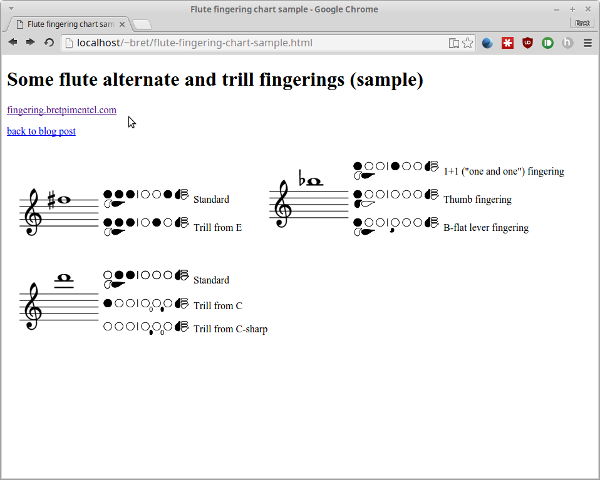