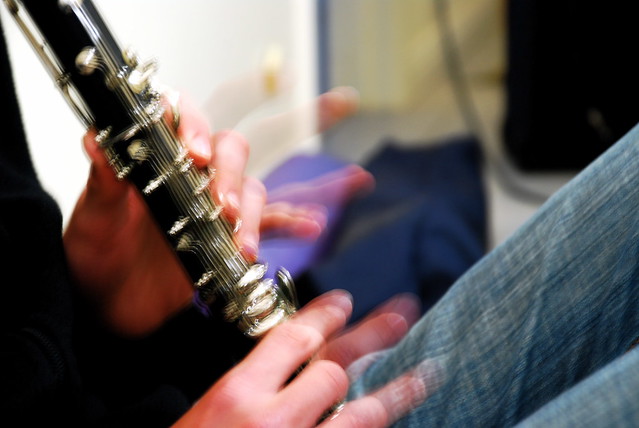 I get lots of emails and search traffic from people trying to find the answer to questions about woodwinds and “similar” fingerings: Do they use the same or similar fingerings? Which instruments are the most similar? Can I use fingerings from _____ instrument on _____ instrument?

I’ve addressed before why these questions might be coming from misconceptions about woodwind doubling, and why the answers might not be as useful as one might think. But beyond that, some of those questions are difficult to answer in a straightforward way.

Do instruments within those families use identical fingerings? Kind of. For example, the members of the concert flute family (piccolo, flute, alto and bass flutes, and others), use fingerings that are at least very similar. But some use slightly-varied fingerings to improve pitch, tone, or response of certain notes: for example, piccolo players often use a modified fingering for the third-octave A-flat, which they wouldn’t use on a lower-pitched flute. And the keys that appear on flutes aren’t set in stone—some might have a special C-sharp trill key, or a low B key, that other flutes lack. And clever flute makers can add anything else they dream up that customers will pay for.

Do any of the woodwind families have similar enough fingerings that you can play them without significant additional effort to learn how? No, not if you want to play them well.

(While brainstorming this post, I briefly considered trying to create some kind of chart showing which fingerings were the “same” or “similar” across the woodwind families. I quickly abandoned the idea because the necessary exceptions, explanations, and context would have complicated it beyond any usefulness.)

Like asking if two languages are similar, asking if two instruments’ fingerings are similar begs an answer that is incomplete, misleading, and ultimately not useful. If your intention is to apply that answer to playing or teaching woodwind instruments, your success will depend on instead approaching each instrument on its own terms.