First things first: thank you thank you thank you to all who participated in the survey, and especially those who Tweeted, Facebooked, and otherwise spread the word. I was bowled over by the number and diversity of woodwind doublers who responded: top professionals, rank amateurs, and everyone in between, for a grand total of 187 responses. Wow! It has been fascinating to see your answers and read your comments. Over the next few weeks, I’ll be revealing what I’ve learned in installments. If you’re not already subscribed in some way, you can grab the RSS feed, sign up for updates by email, or follow me on Twitter. And you can see all related posts in one place, tagged as The Great Woodwind Doubler Census of 2011.

And now, with no further ado, I give you:

Although a number of talented and versatile ladies responded, as a group we are mostly of the male persuasion. 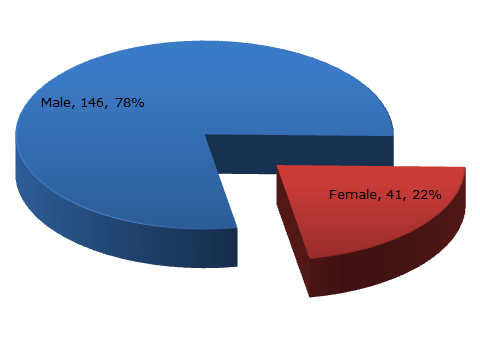 We represent a variety of vintages, with those in their 20s forming the largest group. And I was surprised at the number of under-20s who chimed in. It’s possible that the strong youthful contingent represented here has something to do with the survey being distributed via Internet, but I’d like to think that it also reflects a resurgence of interest in doubling among the rising generation of woodwind players. One web-savvy septuagenarian also stood up to be counted. 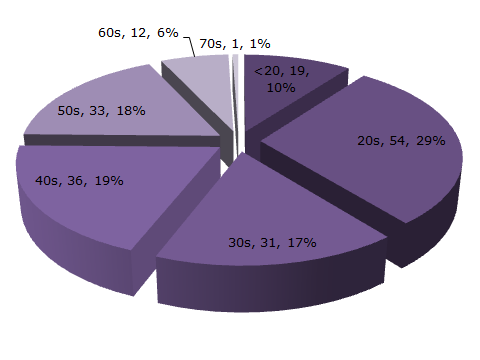 A large majority of respondents hail from the North American continent, though not-insignificant numbers responded from Europe and Australia/New Zealand. There were no respondents from South America, Africa, or Asia; it’s possible that this had something to do with the survey being available in English only. 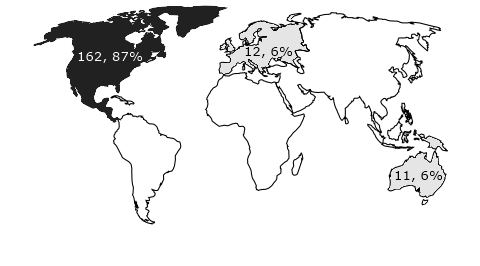 (These numbers don’t add up to 100%, since not everyone answered this question.)

About half of respondents make their home in a major city or metropolitan area. 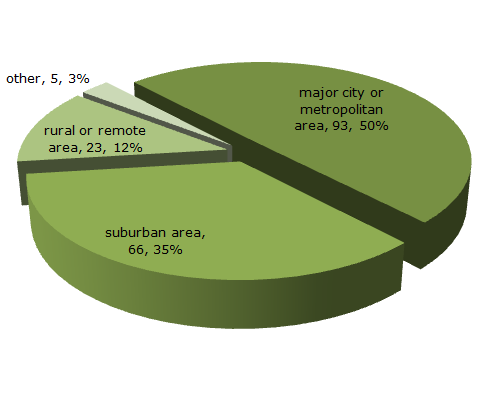 Of those that claimed “other,” some explained that they live in small cities, in “exurbs,” or aboard cruise ships (really).

Some respondents gave more specific responses about where they live; I’m going to just dump them all here, sorted alphabetically but otherwise unedited:

An interactive map of this data is available for your amusement. It’s generated automatically from the above data and has some errors and omissions.

On the whole we’re pretty well educated, with nearly half having education beyond a masters degree. Note that this reflects education in any field, not just music. 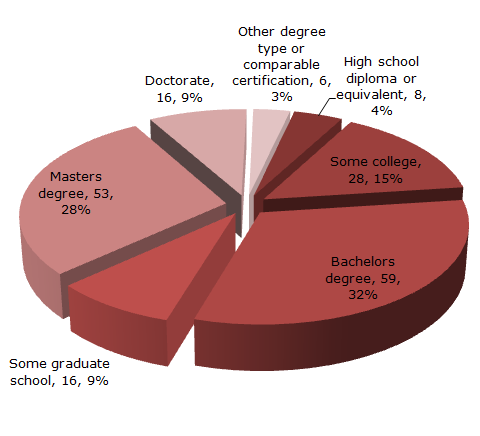 Out of 187 respondents, 116 of you (62%) identified yourselves by name. I recognized many of your names because you have commented on my blog posts or otherwise communicated with me, and I recognized others of your names because I’m a fan of your work. 103 of you (55%), mostly the same crowd, indicated your main gig or school affiliation. The variety is impressive and fascinating. I’ll be keeping your names and affiliations private, but I appreciate hearing from you and it has been cool to see who’s out there.

An impressive 48 respondents (26%) provided a website address. I’ll be checking those out and adding links, as appropriate, to my blogroll and lists of woodwind players’ websites in the coming weeks. Incidentally, you are welcome to send in that information at any time for possible inclusion at bretpimentel.com.

There’s much more data from the Great Woodwind Doubler Census of 2011 to come!