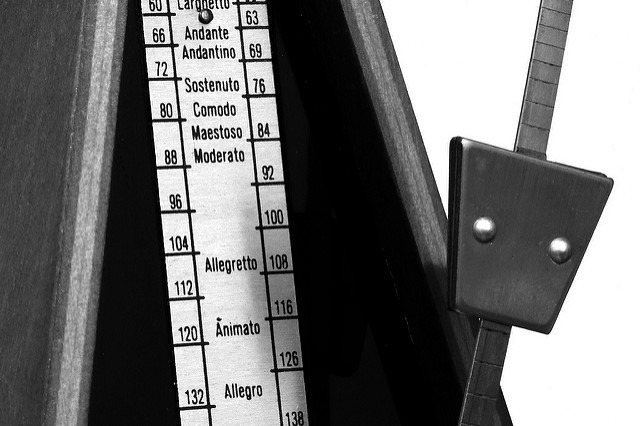 In software development there’s a concept referred to as “technical debt.” The debt is created when software code is written in a less-than-optimal way. The computer program works, but has some bugs or inefficiencies that will need to be fixed or improved later. Like other kinds of debt, it can be a useful way to get something done now, but will cost more (time, effort, dollars) in the long run.

I have found it useful to keep a running list of things I want to improve in my playing, including technical debts that need to be paid off. Incorporating relevant exercises, a few at a time, into my warmups helps me make small daily payments, so that hopefully the next time I need those techniques I own them free and clear.