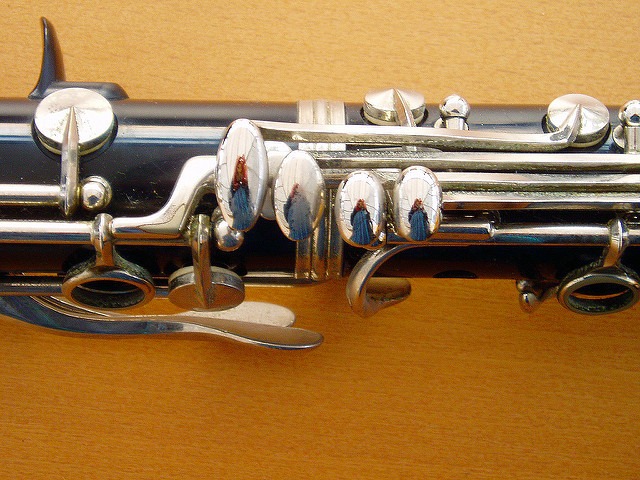 My recent post about woodwind doubling has been cited lately on various social media sites to fuel discussions over whether doubling is a good or acceptable pursuit.

As an undergraduate saxophone major, I daydreamed occasionally about being the “best” saxophonist. For me it probably wouldn’t have been a realistic goal, and the pursuit of it wouldn’t have led me to happiness, nor to success as I would have seen it through that lens.

When I made the decision to commit myself to woodwind doubling as a career path instead, I knew that would mean my progress on the saxophone would slow down. But it has been a very worthwhile choice for me: I get to play interesting music in a variety of settings, I get to spend all day at my university teaching job talking about the music and instruments that fascinate me, and I even have an audience of like-minded folks who stop by to read my blog posts. Now it’s hard for me to imagine myself being content to play just saxophone music all day.

Most of us won’t land a top orchestral job or tour the world as a concert soloist. And, believe it or not, not all of us want that anyway. We should be encouraging aspiring musicians to seek out niches that they enjoy and are motivated by.

Very, very few of us will ever be the “best,” so if that is your goal then I wish you luck. But for many of us, myself included, that’s not the goal at all. Mine is to have a successful and enjoyable career doing what I love, and so far, so good.

1 thought on “Does woodwind doubling prevent you from being the “best?””