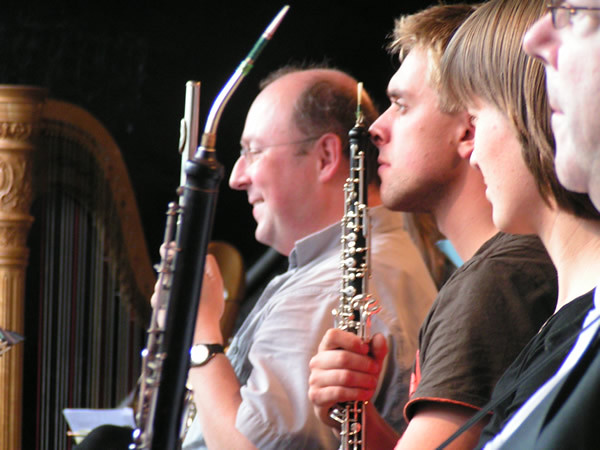 I often have university students bring up the idea of graduate school and a university teaching career, and I have previously given general advice about that.

Perhaps since my graduate degrees and a teaching career are in multiple woodwinds, my students sometimes wonder if that’s a path they should take. Here are a few thoughts:

I’ve mentioned previously that, even for talented and hardworking folks, a graduate education is far from a guarantee of employment. Does a multiple-woodwinds degree help? I think it helped me, but I also had some significant luck.

The year I was on the job market, I applied for a small handful of multiple-woodwinds jobs and got a small handful of interviews. I landed in the job that was the best match. I kept an eye on job listings in subsequent years, and years went by without a single multiple-woodwinds job being listed. If I had graduated a year later than I did, I may well have been unemployed.

During my job search I also applied for single-instrument teaching jobs, and got zero responses. Having been on the hiring side of things a few times now, I understand why. Faculty jobs get dozens of applicants that need to be narrowed down quickly, and the ones whose qualifications and experience are laser-focused for the job in question rise to the top. Though I felt I had things to offer, my multiple-woodwinds background wasn’t a precise enough fit, and somebody else’s background was.

So is a multiple-woodwinds education better, employability-wise, than focused study of a single instrument? It’s a calculated gamble. When you’re on the job market there might happen to be a windfall of single-instrument jobs, and if you’ve been focused on multiple woodwinds instead, you may be out of luck. However, there are fewer multiple-woodwinds graduates, so if a multiple-woodwinds-geared job opens, your background might prove very valuable.

Multiple-woodwinds teaching jobs tend to be common at smaller schools with smaller music departments, and that may or may not affect your decision. I have a mixed but mostly positive relationship with my small-university job. If your heart is set on teaching at a major university, then most of the jobs won’t be multiple-instrument jobs, and your competition will mostly be highly-specialized, highly-focused single-instrument players.

One other factor to consider is what kind of multiple-woodwinds education you want to get. Do you want to have a “primary” and “secondary” instruments, or study them in an equal way? Do you want to do a masters degree and a doctoral degree both in multiple woodwinds, or one in multiple woodwinds and one in a single instrument? How you focus your studies will affect which theoretical future jobs you will or won’t be a match for. (Each degree program is a little different, so check with the schools you’re interested in to see how their programs are structured.)

Graduate study in multiple woodwinds can be valuable preparation for a career in higher education, but the job opportunities are limited and hard to predict. I suggest pursuing that path if you have additional reasons or motivations for doing so, like a fascination with the woodwind instruments and woodwind doubling.