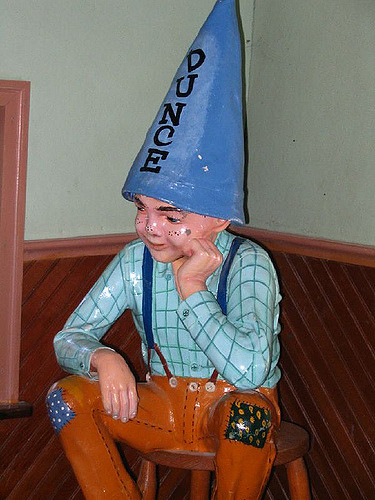 In the practice room, I’m smart, organized, and focused. I’d like to say that this always leads to performances that are relaxed, poised, and confident. But sometimes the smart guy from the practice room fails to show up, and instead a much dumber version of me ends up on the stage: nervous, distracted, and scatterbrained.

It’s my job (the smart guy) to make sure the dumb guy is prepped and ready to go. He’s not much good at thinking on his feet or making good musical decisions, but he’s trainable. So here’s the preparation regimen:

If you’re like me, and your IQ sometimes drops a few points under the hot stage lights, make sure you’ve done your advance work so the dumb guy can’t cause too much havoc.